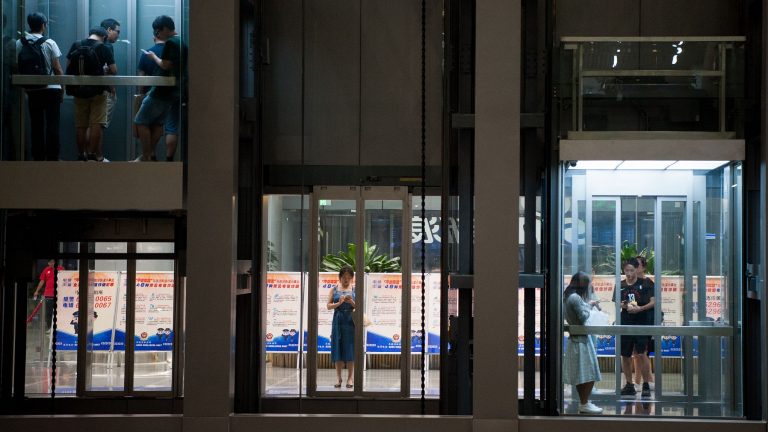 A batch of Chinese long-term rental housing service providers have been facing financial problems. Why is that and will the problem become more severe?

Several renters of Yujian Apartment in Shanghai claimed that they have been kicked out by the landlords, while the landlords said they haven’t received payments for months, according to Chinese local media outlets on October 16.

Yujian operates a network of around 20,000 apartments nationally. It has reportedly received investment from Lei Jun, Chinese tech giant Xiaomi’s founder and CEO. Other investors are also big names always heard in China, including K2VC and Ceyuan Ventures.

But it didn’t stop Yujian to put itself into the distress and became the latest case of a series examples illustrating the financial problems of the long-term rental housing in the country.

Two months ago, Dingjia, which currently provide services to 4,000 or so people including renters and landlords, announced bankruptcy, causing a widely discussed topic about the commercial operation and rights protection of the market.

So far the storm has influenced at least 8 service providers, including Yozook, Love Apartment, Cres & Asia, Dingjia and Hao Zu Hao Zhu, according to news reports.

Intermediaries often earn money from the price gap and service tips, but that’s not Yujian and its peers have been doing.

Yujian signs rental agreements with renters and landlords respectively, while inducing renters to pay their rents on a monthly basis to third-party lenders, which give Yujian a year’s rent in advance. Then Yujian pays rents to landlords every month, while allegedly abusing the rest of the money, potentially causing capital chain rupture.

So, where did the money go? They have been using the money to blindly expand their market share, Principal analyst of Zhongyuan Real Estate Zhang Dawei told the Beijing-based China Securities Journal.

Intermediaries have been seizing the rental right at any costs to defeat other competitors, before giving allowance to renters.

They also have other ways of profit-making. As for Ziroom, rents who choose payment by instalments have to pay 11.3 percent interests. Then Ziroom uses the money to raise funds at a 5.39 percent of interest, through Asset-Backed Security (ABS), which is a debt security collateralized by a pool of assets.

“The operators of long-term rental housing is very much similar to financial enterprises now.” Zhang said.

After the bubbles breaking, renters are forced to pay their rents continuedly to the lending institutions, otherwise they can’t retrieve their deposit and their social credits will be harmed.

The lending service provider to Yujian renters include Yuanbaoejia, Yinghuafenqi and the state-backed banks like China Construction Bank and SPD Bank.

Long-term rental housing operators have been experiencing their winters, followed by cases of toxic apartments and soaring rents.

The failing of Yujian are not surprising to Hu Jinhui, former vice-president of housing service provider Woaiwojia.

“My prediction and warning have been testified again!” he said, claiming that the financial problems will be even worse in the end of this year.

Then where is the solution?

Rocketing expansion is not an option, for many international operators including EQR.

The brand, which is the largest apartment rental provider in the US, adopts Real Estate Investment Trust (REITs) as their funding mode. REITs is used when diversifying a long-term investment portfolio, which means a company owns, and in most cases operates, income-producing real estate.

Instead, they have been focusing on the improvement of portfolio, selling the assets in the second-tired cities while concentrate on the core cities like Boston, New York, Washington D.C, San Francisco, Seattle and the area near University of South California.

The Chinese government has offered another solution by setting up pilot projects to operate rental apartment management firms in eight provinces.

According to the China’s Ministry of Housing and Urban-Rural Development (MOHURD) announcement on October 16, they will take Zhejiang, Anhui, Shandong, Hubei, Sichuan, Yunnan, Shaanxi province and Guangxi Zhuang Autonomous Region in a program to be operated jointly with the Ministry of Finance.

The authorities will buy the homes and lease out the apartments via public platforms, which will manage the individual flats as well as maintain the public facilities.

As for the financial products, Zhejiang local authorities have asked long-term rental housing operators to stop doing financial businesses including rent lending, according to a public notice issued on October 19.