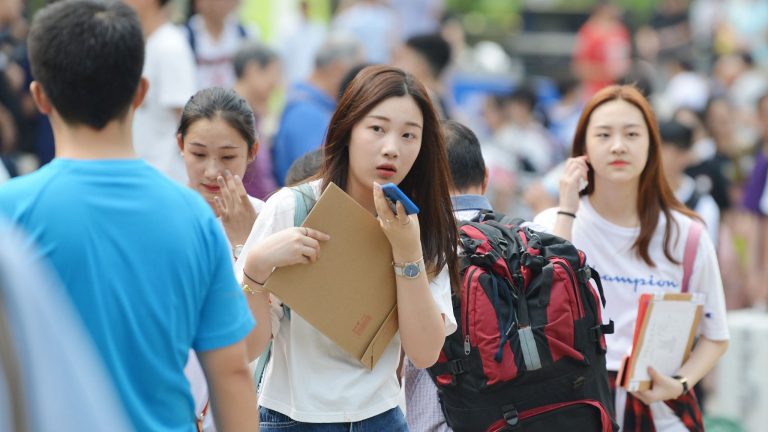 This year marks the beginning of “Post-00’s era in China”.

Post-00s see the future of Chinese market – that’s the common view shared by many Chinese brands and businesses.

SK-II has grabbed the top of Alibaba’s online shopping platform Tmall’s cosmetics ranking of the fourth quarter in 2017. The result is widely believed to be driven by SK-II’s spokesperson – Dou Jingtong.

The female singer born in 1997 is the representative of uniqueness and neutrality, contrasting with the high-end image of the Japanese brand.

That’s not a single case.

According to an investigation conducted by the commercial data center of Yicai.com and Tmall in 2017, Post-95s and Post-00s have become the core consumers of skin-care products, occupying a ratio of 25% of online shopping in 2016.

The limited version of R11, the then latest product of OPPO, has been sold out within several minutes in September 2017. This version is featured with TFBoys, an idol group consisting of three Chinese teenagers who have 100 million followers on Weibo, the Chinese answer of Twitter.

The businesses with international fames have been also trying to cooperate with online celebrities, including fashion bloggers, to jointly design products and attend fashion shows.

Five years ago, Chinese consumers of luxury brands aged averagely 10 years younger than buyers in other countries, now the number could be 20, an unnamed senior manager of a luxury brand told consulting service provider Bain & Companies.

The luxury brands have been digging the market potential of children’s clothes in China, as they set sublines for children.

“Chinese young parents are willing to spend money on their kids, creating a dramatic need,” a research told an US-based creativity institution.

China has abandoned the 30 year old single-child policy in 2015 – that may impulse the market as well.

Education is one of the biggest costs on Post-00s.

Parents of them generally have received good education and are benefited from knowledge and science, thus they are willing to invest on their children’s education.

The eagerness has prompted the market. There are 13,000 educational institutions in Beijing, according to the data from local education authorities. Millions have been receiving compulsory education offered in primary schools and middle schools.

The market scale of extracurricular classes in mainland China had surpassed 800 billion yuan (115 billion US dollars) in 2016, according to data from the Chinese Society of Education, an organization belongs to the country’s Ministry of Education.

91 percent of the parents in the middle class are unsatisfied with the basic education costs. Instead, they are willing to spend a lot more, data shows.

“My growing experiences told me, knowledge and talent can be beneficiary to my kid for a life-long time,” a Post-75s mother of a Post-00s kid told Phoenix Weekly.

Except for education, animation, games and electronic products are all embracing a outbreak period, as Post-00s have more pocket money than their predecessors.

“They are spending money on everything they like,” said Luo Zhenyu, the founder of knowledge-sharing app Dedao. “It’s different from adults, who have to purchase apartments and cars.”

Post-00s are unwilling to give up their hobbies, compared with those born in 1980s and 1990s, according to a report released by Tencent and Chinese Academy of Social Science.

Post-00s are open-minded, self-centered, independent and confident, according to a Post-00s’s portrait drawn by Tencent and China Youth Daily.

Data shows that Post-00s prefer dedicated and faithful brands and idols, while devaluing the influence of Key Opinion Leader (KOL). They also think Chinese brands are competitive, compared with international ones.

Teenagers nowadays have been growing in China developing in a fast track:

In 2001, China has joined WTO, connecting its economy with the world as a whole;

In 2003, China has been entering a period with a GDP growth over 10 percent;

In 2008, Beijing held the Olympic Games, which attracted millions of tourists coming from every corner of the planet.

Bearing the relatively easy financial burden and living in a relatively easy life, this generation also face challenges, some of them are created by their grandparents and parents.

China has entered an aging society, the population structure and the growing pace of economy might change as well.

They might also have to deal with the widening gap between the urban and rural, as well as the poor and wealthy.

However, there are also good news for them: the world is expected to be driven by the latest information and technology, and they are usually the forerunners.