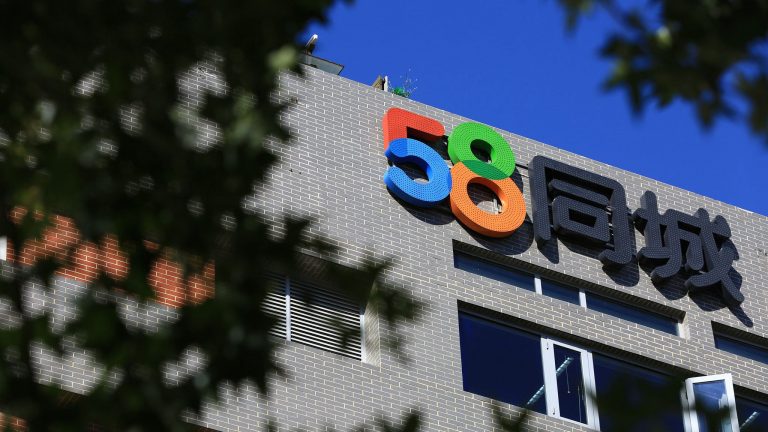 “Hourly paid nannies and movers will be those who ring the bell when we are listing,” said Chen Xiaohua, the Chief Strategy Officer (CSO) of 58.com – although they didn’t keep their promises when the company was listed in October 2013.

58.com operates the largest online marketplace serving local merchants and consumers in China, according to iResearch, a Shanghai-based consulting company.

The website describes itself as a platform enabling “local merchants and consumers to connect with others, share information and conduct business.”

However, they have been accused of providing fake information for the past few years.

One of the most popular labels of 58.com is “fake data”.

If you put “58.com” and “liar” in the search engine of Baidu, you can receive about 5.06 million pieces of information.

More than 5,500 victims have been cheated by the recruitment information on 58.com and Ganji.com, which was emerged by the former in 2015, thepaper.com reported, citing China Judgements Online.

The latest case was exposed on September 30, when 58.com was blamed for the loss of millions of yuan of job seekers, who have been cheated by the allegedly fake information on the website.

Then why does 58.com still be notorious for providing fake data, after 13 years since its foundation?

Yao Jinbo, the CEO of the website, intended to establish a Chinese answer of Craigslist, which is an American classified advertisements website with sections devoted to jobs, housing, for sale, items wanted, services, community, gigs, résumés, and discussion forums.

The 23-year-old website generally keeps 30 staffs, who are mainly responsible for identifying fake information and dealing with users’ complaints.

But it seems like the mode can’t work efficiently in China, at least for 58.com – unlike their American peers, Chinese internet market is quite crude in 2005, which means merchants in the country had no idea publishing their information online, and China was lack of the surveillance of social credits.

58.com developed a membership service in 2008, to allow and teach merchants enjoy services including official certificates and posting priorities.

The service has contributed a 35.56 US dollars revenue to 58.com in 2013, occupying 60 percent of the yearly avenue, despite it put the company into a public crisis in 2011, due to regulatory vacancy.

58.com began to offer online promotion service since 2013, which has become the largest business, according to the financial report of the first two quarters this year.

The commercial mode has defined the revenue form, which is positively relevant to the amount of members and the information they release.

However, they have never hired enough assessors.

58.com and Anjuke.com have joined intermediaries, including Woaiwojia.com, Centaline Property, C21.com.cn, Vanke and Maitian.cn, to promise offering real information about the rent and sales of apartments.

“Some of the companies hope they are the only survivor in the industry,” Yao said on the conference. “It’s not right.”

It is widely believed that the joint venture is pointing at Beike – a full chain brand launched in April by Lianjia, the leading real estate service provider in China.

The new platform, which is believed to be ambitious by Yao and his fellows, runs a database and Agent Cooperate Network (ACN), which benefits every link in the chain.

Beike is believed to move the cheese of 58.com and the giants in the real estate industry – intermediaries like Lianjia and Woaiwojia used to publish rental and sales information on online platforms.

Notably, 58.com and Anjuke.com has raised the price of their portal services by 30 to 50 percent in February, causing outcry from intermediaries.

Except for Beike, local service provider Meituan is also a strong competitor of 58.com, as it covers repairment, house-keeping and unlocking services. At the same time, Xianyu, a second-hand goods information provider developed by Alibaba, has also been nibbling up the market share from 58.com.

58.com used to deal with the problems by acquisition: it has emerged Anjuke.com, Ganji.com and Zhonghuayingcai.com in 2015. However, the situation has been changing.

58.com will operate a commercial mode of closed loop, Yao said when the company was listed in New York.

In 2014, Online To Offline (O2O) has become a heated topic. It is a mode very suitable for 58.com, providing a great opportunity to the company to form its dream “closed loop”.

Thus, an innovation and investment department led by Chen Xiaohua was founded, trying to create new products, at the same time invest on start-ups with sharable resources.

“We are one of the top3 in O2O businesses, by gaining investment projects from Sequoia and  Matrix,” said Chen.

Yao has high expectations on 58.Daojia. “We are scheming a door-to-door service system, which directly link labor force providers and users, while defining the processes and prices.”

“It will be a larger brand than 58.com in the future,” Chen said. “We are destined to become the giant in the field, by changing lives of this generation.”

58.Daojia received investment of 300 million US dollars in 2015 from investors including Alibaba, Pingan Ventures and international giant KKR. It is estimated to worth one billion US dollars.

However, this is the last time for the brand to receive investment, before the investment winter came in 2016.

58.com has been splitting their businesses into different blocks, including brands focusing on recruitments, apartment-renting, logistics, cosmetics and house-keeping. It is probably the best answer to “where is 58.com’s future.”