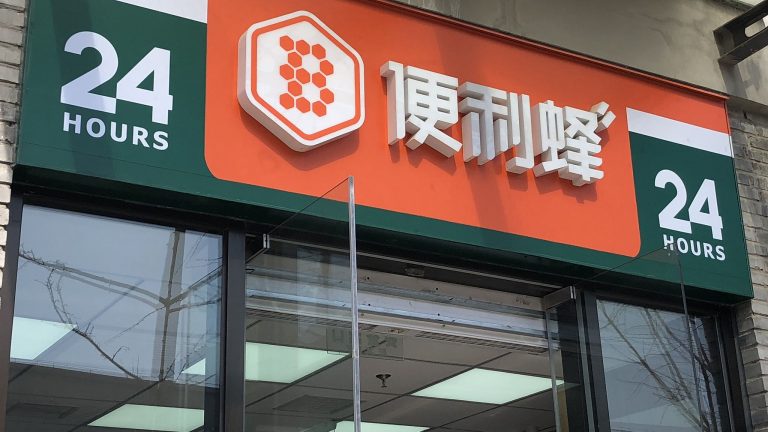 If the news is confirmed, it will be the first time for the operator of staff-less stores and vending machines to receive exterior investment.

In February 2017, Bianlifeng was invested with 300 million US dollars by Zebra Capital, which is founded by Bianlifeng and Qunar founder Zhuang Chaochen.

Besides vending shelves, Bianlifeng is also eyeing on traditional convenient stores and shared-bikes – two categories believed to have a huge market potential in China.

However, Bailifeng has been worrying its investors since this March.

It has sent a notice to employees, saying they would start pulling out the simplified vending shelves from 38 Chinese cities, an unnamed employee told the Beijing-based commercial website Pingtu360.

The decision would likely to cause 1,000 to 2,000 employees losing their jobs, according to technode.com.

The news came only one week after the company’s spokesperson announced that they would increase the deployment and widen the coverage of unmanned shelves in the country.

Notably, Bianlifeng is keeping the eight cities with intelligent vending machines and the three cities in the planned expanding scheme.

Bianlifeng is founded in 2016 by Zhuang, who has poached the management team from Lin, another convenient store brand popular in China.

It has entered the unmanned stores market in November 2017, with more than 50,000 vending shelves.

Bianlifeng has established more than 200 stores in China – the goal took 7-Eleven 14 years to achieve.

The pace is in the expectation of Zhuang. “Chinese cities, especially Beijing, enjoy a huge potential. We are way behind developed countries on penetration rate.”

The ambition of Bianlifeng is proved to be without limitation, as its first café – BeeSelect – opened earlier this year. It is located in Beijing, according to Bianlifeng’s official account on Weibo, Chinese Twitter-like social platform.

Are convenient stores expanding way too dramatically in “era of new retailing”?

Bailifeng is aiming at “new retail”, which is a term created by Alibaba founder and chairman Jack Ma in October last year.

New retail means to update and improve the production and circulation process of commercial products, based on technologies including big data and AI.

It seems like some of the Chinese investors have been using their financial resources to get break throughs in the new retail industry.

Tencent, Hillhouse Capital and Miniso have signed a strategic investment deal worthing one billion yuan (about 144 million US dollars). It is the first time for Miniso, a retail brand popular among youngsters in Chinese cities for the past few years, to introduce exterior capital.

Tencent is also cooperating with JD.com and Walmart, while investing Yonghui Superstores, Wanda Commerce and HLAmall. The Chinese tech giant is trying its best to compete Alibaba, which has already occupied a significant market share.

Simple 24 is one of them. The unmanned store opened in Shanghai last October has taken the social media by storm.

Online shopping platform JD.com has also set their goals – they promised to open 500 unmanned stores in 2018, although they have only opened 20 so far.

However, after some of the bubble of the so-called smart unmanned stores have broken, capital has been cooled down and turned to traditional convenient stores again.

How to turn the market to another direction?

Capital is the only decisive factor of new retailing industry of China. Bianlifeng claims it is algorithm-driven, to be distinguished from other convenient stores and to make every store different.

“We don’t consider ourselves as someone concentrating on retailing,” Zhuang Chenchao once told TMTPost. “We take it as a business all about data.”

However, Bianlifeng hasn’t accumulated enough data at the initial stage.

“We have been doing something experimental, because the data is not enough, said Zhuang.

To some extent, the goal of Bailingfeng’s expansion is data accumulation. To expand in a fast pace, size is not Bianlifeng’s priority when setting up new stores, Huxiu.com reported, citing experts. The acreages range from tens of square meters to hundreds of square meters.

Sales amount has also encouraged convenient stores to expand dramatically. Putting several stores in one district will do no harm to the sales amount, a senior director of 7-Eleven told Huxiu.com, since it has brought up a scale effect.

The data idea is not new, as 7-Eleven has been cultivating its decision-making ability based on data since 1970s, during which period of time computers are rare.

“Data will be helpful to determine the categories of fresh food and beverages, but it is quite hard to make general prediction if it is the only factor considered,” an investment analyst pointed out to Huxiu.com.

“The basic data of Alibaba and Tencent will be publicly available sooner or later,” he said. “The barrier of data empowerment will be overcome, as it will become a kind of infrastructure.”

“We take great importance on improving the sorting rate between storehouses and stores,” he said.

The improvement of convenient stores has a long way to go, since it is just a competitor of the game aiming at solving the needs of users at the last miles. Bianlifeng’s peers include Missfresh and Freshhema, which are all food service providers.

“You have no idea who will [finally] satisfy the needs of retailing,” the investor said.